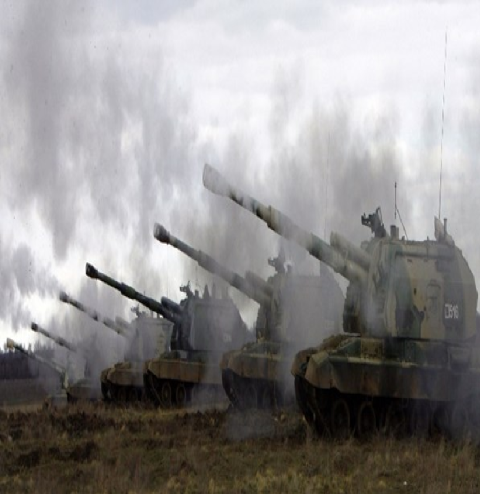 Russian State Duma Speaker Vyacheslav Volodin threatened the Weste with decisive retaliatory measures if it supplies Ukraine with offensive weapons, which, in his opinion, will certainly be used to capture Russian territories and strike peaceful Russian cities.

“If Washington and NATO countries supply weapons that will be used to strike peaceful cities and try to capture our territories as they threaten. This will lead to retaliatory measures using more powerful weapons. Members of the U.S. Congress, deputies of the Bundestag, the National Assembly of France, other European parliaments must realize their responsibility to humanity,” Volodin wrote.

In his opinion, Washington and Brussels are leading the world “to a terrible war.” with their decisions.

“Given the technological superiority of Russian weapons, foreign politicians who make such decisions need to understand this could end in a global tragedy that would destroy their countries,” the Russian Parliament Speaker threatened.

He promised that Russia, which had previously allegedly struck “exclusively at the military and critical infrastructure” of Ukraine, would move on to “completely different military actions.”

The meeting of the defense ministers of NATO and EU countries was held on January 20 at the German air base Ramstein and was mainly devoted to the supply of heavy modern weapons to Ukraine.

(Visited 65 times, 1 visits today)
About Joel Cholo Brooks 13554 Articles
Joel Cholo Brooks is a Liberian journalist who previously worked for several international news outlets including the BBC African Service. He is the CEO of the Global News Network which publishes two local weeklies, The Star and The GNN-Liberia Newspapers. He is a member of the Press Union Of Liberia (PUL) since 1986, and several other international organizations of journalists, and is currently contributing to the South Africa Broadcasting Corporation as Liberia Correspondent.
Contact: Website